Ruben Mattia Santorsa was born in 1992. He is an Italian classical and electric guitarist.
He graduated the Master Specialized in Soloist (Solistendiplom) with a specialization in contemporary music and the Master of Performance at the Hochschule of Arts in Bern, with the teacher Elena Càsoli. In October 2011 he graduated at the conservatory of Verona and then in 2013 at the Biennio sperimentale of guitar with Walter Zanetti at the conservatory of Bologna. He studied also composition with Paolo Aralla in Bologna.

He won the scholarship Swiss Government Excellence for the years 2013-2015, which was conferred to the best students who have been admitted to a Swiss university.
His aim is to spread contemporary music and to enlarge the repertoire for guitar. For this reason he collaborates and commissions new pieces to young composers, who, in some cases, have dedicated him their works. He premiered pieces of composers such as Chaya Czernowin, Rebecca Saunders, Helmut Oehring and Peter Eötvös.

In addition to his career as a soloist, he is also continuing his research on contemporary music in chamber music, by playing with Hugo Queiros (clarinet) and Marie Delprat (recorder) and performing regularly with ensembles and orchestras such as Lucerne Festival Academy Orchestra, Mosaik Ensemble (Berlin), Ensemble Contrechamps (Geneve), Mdi Ensemble (Milan), Nec Ensemble (La Chaux de Fonds) and Sonemus Ensemble (Sarajevo) with conductors such as Sir Simon Rattle, Enno Poppe, Matthias Pintscher, Peter Eötvös in the Kkl Lucerne and in the Elbphilarmonie of Hamburg.

He recorded for several labels such as Neos and Stradivarius, and at the end of 2018 he published his first CD project about the music of Maurizio
Pisati with the Austrian label Kairos.
He gave a lecture about the Contemporary guitar for the composition class of the Conservatoire Superieur de musique et dance de Paris

Sign Up for our newsletter to hear more about upcoming events

Now you can listen to Contemporary Insights at Home! (Click Image for more Information) 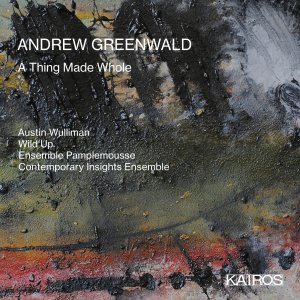 Our 2022 Season is supported by the following institutions. Thank you!